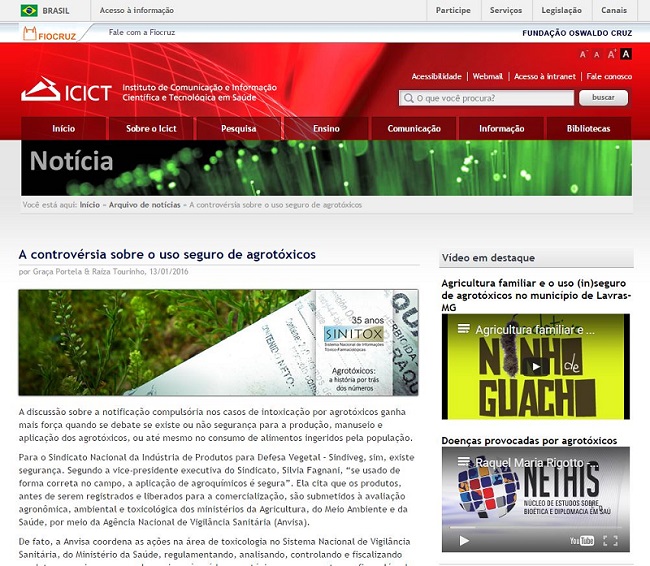 Third report in the series “Pesticides: the story behind the numbers”, held by the Institute of Communication and Scientific and Technological Information in Health (Icict/Fiocruz), brings as featured the lecture  recorded during the Seminar of Human Capabilities, Development and Public Policies, promoted by Nethis. In her study of agrochemicals, the researcher at the Federal University of Ceará Raquel Maria Rigotto shows that the population is unprotected before the scientific controversies scenario guided by conflict of economic interests that impact directly on public policies. Other data shows that glyphosate is the most consumed pesticide in the country, responsible for 40 % of sales, even recognized as a likely carcinogen. In addition, the 50 most active ingredients used in Brazilian plantations, 22 are banned in the European Union due to the evidence of harm to the environment and to human health.

The Seminar was held with the release of a publication with 12 articles of important managers and researchers. Access the complete work.