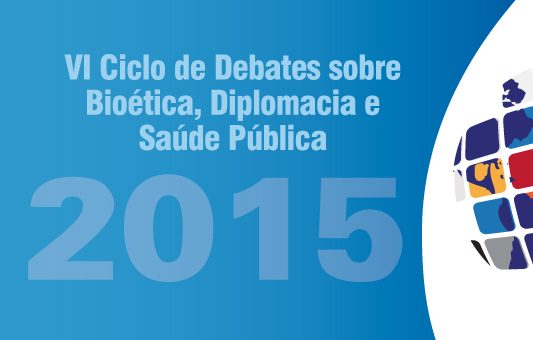 Development, International Cooperation, Human Rights, Foreign Policy, Defense and Health are the general themes proposed for the first four sessions of the VI Cycle of Debates of the Nethis. Awarded with 20 thousand reals from the public notice supporting scientific events in 2015, from the Health Secretariat of Science, Technology and Strategic Inputs of the Ministry of Health, the Center will make a special publication on the lectures to be used as bibliographic support for courses and research.

The first session, scheduled for March 19th, will be held at Fiocruz Brasilia, at 8:30, and with the Director of Butantan Institut , Jorge Elias Kalil Filho, and the Director of Biomanguinhos/Fiocruz, Arthur Robert Couto, to talk about “Public-private partnerships in the production of immunobiologicals: transfers of technologies”.

The April session will be held in São Paulo about “Universal health coverage versus universal health systems”. In May, the theme will be “International cooperation in health: challenges in the post-2015 to Fiocruz”, taking place in Rio de Janeiro. In June, the cycle will return to Brasilia to discuss “Foreign policy, defense and health.

CYCLE OF DEBATES – In 2015, the activity starts its sixth year, with monthly periodicity, held on the last Thursday of the month. It aims to promote the thinking, debate and development of scientific studies in the fields of Bioethics, Public Health and International Relations. In each session, renowned researchers and managers are invited to lead the discussions. The Cycle of Debates sessions are recorded and available in the video library Nethis.