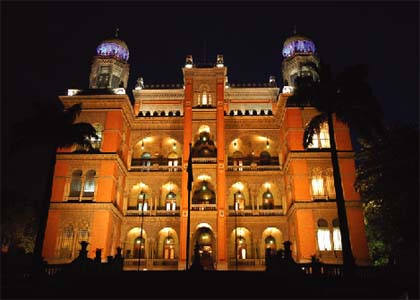 World champion in the consumption of pesticides since 2008, Brazil lives the paradox of having legislation and not put it into practice effectively to curb the abuse in the use of the products. The remark was made by Guilherme Franco Netto, Advisor to the Presidency of Fiocruz, during a public hearing in the Committee on Environment and Sustainable Development which took place yesterday (October 6th). Despite three government agencies have dealt with the problem, a large number of substances, some banned in other countries, have not been evaluated satisfactorily in the country.

“The pesticide is a vital issue for public health in Brazil, being a problem of national dimension. There are several alternatives and we will certainly make efforts to reverse the picture we face. This is the vision of Fiocruz in protection of public health”, said Franco Netto. He reported that Brazil consumed in 2010 US$ 7.3 billion and in 2011 US$ 8.5 billion with pesticides, which represents 19% of the global market. Crops of soybeans, corn, cotton and sugarcane consume 80% of the poison.

The impact on public health is significant. Field workers, residents in nearby areas and consumers are affected and the resulting diseases go from skin and eye irritation and cramping to infertility, impotence, miscarriages, foetal malformation, suicides and several types of cancer. Damage to the environment are also important – watershed contamination of water, air and soil and disappearance of animal species.

The expert noted that Brazil is a signatory of the Sustainable Development Pact of the United Nations and to meet many established and foreseen goals it is necessary to treat with clarity the issue of pesticides. He related six goals that speak of ending hunger, promoting sustainable agriculture, maintaining the diversity of seeds and animals, reducing substantially the number of deaths and illnesses by hazardous chemicals and contamination and pollution of air, water and soil and others.

Congressman Attila Lira (PSB-PI), President of the Commission, made an analogy with the children’s tale of Snow White, where the stepmother/witch attempts to poison her with a beautiful red apple claiming that today “mothers give their children beautiful red apples unaware that they are contaminated with pesticides”. He highlighted the importance of stimulating the production of organic foods and cited the National Cancer Institute – Inca report. Data says that in 2009 5.2 kilos of agricultural poison was the average consumption per inhabitant.

Hector Schuch (PSB-RS), proposer of the public hearing, informed it has been rejected in the Committee on Agriculture his proposal for discussion of the topic. Participated in the hearing as lecturers Marcia Safra Campos Mello, from Inca and Paulo de Oliveira Poleze, from Contag (National Confederation of Workers in the Agriculture ).