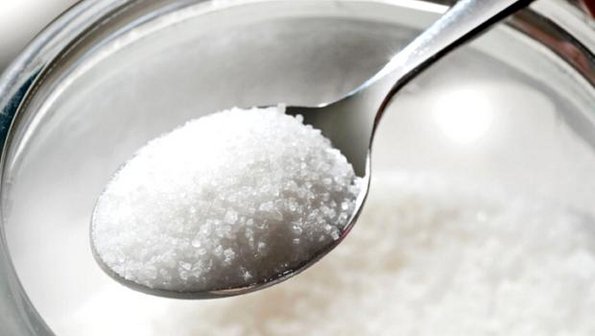 The World Health Organization (WHO) published yesterday new recommendations, insisting that  sugar may not exceed the mark of 10% of the daily consumption of energy of one person, under the risk of creating serious health problems. The Estado found that the food industry pressured the entity for months not to publish the document and it is lobbying to prevent adherence of Governments.

Sugar consumption in South America would have to be cut in half to be within the limits established by WHO. According to the entity, a person should not consume more than 50 grams of sugar or 12 teaspoons.

The entity also indicated that an even more dramatic reduction, for just 25 grams a day–or six teaspoons would bring advantages even more clear. This would represent a limit of only 5% in the total amount of energy consumed by an adult or child.

WHO’s recommendation does not include the consumption of fruits and vegetables in their calculations nor the sugar present in milk. For the experts, the value refers to the sugar treated with monosaccharides, such as glucose and fructose added in drinks and food.

The proposal to Governments is the result of a 12-month work that included experts from around the world, including the University of São Paulo (USP). “We have solid evidence to show that keeping sugar intake below 10% of energy consumption reduces the risks of overweight, obesity and dental problems”, said Francesco Branca, WHO’s Director for Nutrition. Making changes in policies in these areas will be crucial if Governments want to achieve their goals of reducing non-transferable diseases.”

For WHO, however, families that can still reduce the consumption to less than 5% would be guaranteeing even more emphatic their health condition. According to the entity, a large portion of sugar consumption today is “hidden in processed foods and that are not usually seen as candy”. For example, a spoonful of ketchup contains 4 grams of sugar. A single can of soda would have 40 grams of sugar. A search on American supermarket indicated that 80% of the products contain added sugar.

In only an energy drink there would be 27 grams of sugar, more than half of the recommendation. An orange juice would count with 24 grams, against 26 for an Apple juice.

Taxes – for the entity, Governments need to restrict advertising to children of sodas and processed foods, in addition to raising taxes on products with high sugar values. Another suggested measure is to strengthen laws on the labelling of products to include details about the volume of sugar. OMS also asks Governments and the food industry to negotiate a reduction in the volume of sugar in processed foods.

In the view of WHO, such measures are beginning to be adopted in some countries, such as Finland, France and Mexico, with taxes of up to 88%. In the Mexican case, the hope is a 15% drop in the consumption of soft drinks. In Hungary, studies show that taxes generated a change in the consumption pattern and, in the U.S., surveys reveal that an increase in rates would lead to a fall in the consumption of calories in 10%.