The risk of being the country of the obese 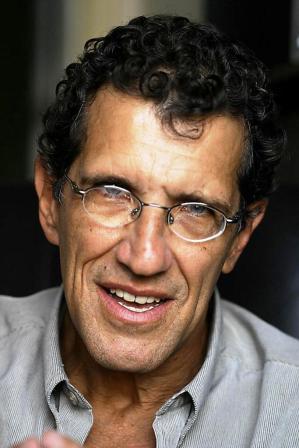 The measures of height and weight of adults obtained by the National Health Research conducted by IBGE – in a probabilistic sample of over 80 thousand households – bring bad news about obesity in Brazil. According to the survey, done in 2013, one in six are obese men (16.8%) as one in four women (24.6%). Excess weight, which encompasses the states of pre-obesity, reaches more than half of men and women.

The bad news gets worse analysing the results of previous research of IBGE. Between 2002/3 and 2008/9, or in six years, the prevalence of obesity is growing 3.4% in men and 3.5% in women. Between 2008-9 and 2013, just over four years, the increase comes to 4.8% and 7.7%, respectively. The projection of this trend indicates that, in five years (2020), about one-third of the adult population of Brazil will be composed of obese people, tying us to the United States, one of the world leaders in the prevalence of obesity.

To the extent that obesity is the imbalance between calorie intake and use, the explanation for its growth should be sought on changes in population patterns of food and physical activity. National surveys of family budget of IBGE carried out over the past three decades reveal increasing trend of replacement of minimally processed foods such as milk, beans, rice, vegetables and traditional culinary preparations made with these foods for soft drinks, cookies, sweets in general, snacks, instant noodles, sausages, burgers and many kinds of ultraprocessed products. This trend implies power standards that prevent the body to regulate energy balance, increasing the risk of obesity. Studies on physical activity patterns indicate changes less clear, with discreet increase in the practice of physical activity in leisure and decrease in active displacement of people.

World Health Organization has called attention to the rise in obesity around the world and to its impact on people’s health and the costs of health care systems, emphasizing that the confrontation of the problem by Governments requires actions that inform and educate society and foster an environment that encourage, support and protect healthy patterns of diet and physical activity.

Important steps in this direction were given in our country with the elaboration and disclosure by the Ministry of Health of the new Food Guide for the Brazilian population. This guide, praised worldwide, clearly advice people of feeding in minimally processed foods and culinary preparations containing these foods (real food) and avoid ultraprocessed foods. Other relevant actions include the successful integration between the school meals and family agriculture and the multiplication of public spaces for the practice of physical activity.

Still, the exponential increase of obesity in Brazil calls for the implementation of crucial policies recommended by the World Health Organization, including, in particular, the restriction of aggressive advertising of ultraprocessed food’s tax measures on the cost of production of these products and facilitate the acquisition of minimally processed foods.

Carlos Augusto Monteiro is doctor, professor of the Faculty of Public Health at USP and member of the Committee of Experts on Diet and Health of WHO