The already prepared food, known as ultraprocessed food, is a danger to health 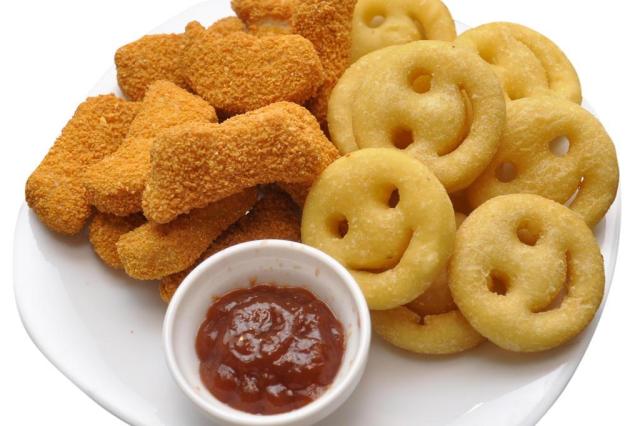 Ultraprocessed food is empty in nutrients and rich in salt, sugar, fat and other chemicals. Picture: Danilo Takano / stock.xchng

Cakes, packaged soups, breads, cookies, lasagna, pizza, hamburger, soda, refreshments. What do these foods have in common? In addition to being easy to consume, because they come ready (or nearly done), they go through a series of industrial processes. All are considered ultraprocessed food products .

Until then, there is nothing wrong, since this is a traditional activity in human history, important for storing, packing and, mainly, to preserve the food. The problem is that many people replace traditional meals based on real foods, such as rice, beans, meat, salads and fruits, for the convenience of ready-to-eat foods.

For being empty in nutrients and high in salt, sugar, fats and other chemicals, excessive consumption can bring health problems. Cholesterol and high blood pressure, diabetes and obesity are some of the diseases associated to ultraprocessed food, as explains Maria Laura Louzada, nutritionist and researcher of the Center for Epidemiological Research in Nutrition and Health (Nupens) of the University of São Paulo (USP):

— Artificial flavor, which exacerbates our senses and creates a standard of taste in the body, often causes exaggerated consumption with that feeling of “I can’t stop”.

Another health risk, according to nutritionist, is the high concentration of calories. With its consumption, people ingest greater amount in a smaller volume of food. The brain has difficulty to understand and ends up asking for more food until the so-called “feeling of satiety”. One eats more with less benefits.

It is needed to clarify, however, that not all processing is bad. Food engineer of Emater Renato Cougo explains that the problem occurs when chemical additives, preservatives, stabilisers, flavours and colours are used:

— If you disrespect the tolerable limits, it can bring injury to the health of the consumer.

The ideal, he says, is to seek food in its primary form and diversify in the diet foods from various types of processing, as physicals (freezing), chemicals (salt, sugar) or biological (yoghurts, cheeses).

The idea is not to prohibit the ultraprocessed of being part of the food, but to warn that the majority remains consisting of food and natural meals and the consumption of ready products to be occasional or in small quantities.

Make your own tomato sauce, the bread itself, the cake itself and retrieve the grandparents ‘ time in food preparation is the suggestion of functional clinic and sports nutritionist Deborah Vargas. The problem of dyes and preservatives, according to her, is that they can be carcinogenic in the long term. Other foods that should be avoided in high quantity, she recommends, are the embedded, ultraprocessed foods and the ones high in nitrites and nitrates.

The hint of Deborah, though, is that these measures are adopted without radicalism, since, to maintain the balance, the body needs varied sources of food.

— The extremes are pathological  — she claims.

Know what you eat

Are those who do not suffer from alteration or who go through processes that still maintain their principal nutritional characteristics and not add or introduce new original food substances. They include rice, beans, meat, fish, vegetables, fruit, mushrooms, fresh or pasteurized milk, eggs and coffee.

Culinary ingredients
Are substances used to prepare the food from day to day and that undergo processing as pressing, milling and refinement. Some examples include cooking oil, sugar, flour, salt and butter.

Source: Classification of the Center of Epidemiological Research in Nutrition and Health

The villains of the dish

The recommendation of maximum daily consumption of salt by the World Health Organization is less than five grams per person, but data from the Brazilian Institute of Geography and Statistics (IBGE) show that the Brazilian consumption is in 12 grams daily, more than double the recommended. Learn why the excess salt, sugar, fat and other chemical additives is harmful to health:

1. Sodium
Component of table salt, sodium is a preservative for food. It is used to increase the time on the product´s shelf. Many processed foods also receive addition of monosodium glutamate. Although sodium is an essential mineral, its excess in the diet may increase the risk of hypertension and cardiovascular and renal diseases.

2. Sugar
Processed foods tend to have more sugar. So it is healthy to adopt the habit of checking in the package the ingredients  composed in ketchups, mayonnaise, seasonings for salad, biscuits, breads, among others. See also if there are any element over in “ose”, such as sucrose or fructose. All contain sugar.

3. Fat and trans fatty acids
Fat has high caloric density by presenting more calories by weight. Therefore, it has a significant impact on overweight and obesity. Another problem is the excess of trans fat in many processed and industrialized foods . It has known harmful effects to the cardiovascular system and increases the risk of a heart attack.

4. Nitritos/nitratos e outros aditivos químicos Nitrites/nitrates and other chemical additives Emulsifiers, stabilisers, smelling and flavoring additives. There are many purposes and amounts of additives in processed food. If, on the one hand, they are useful to keep, to give taste and to improve the appearance of the food, they also cause damage to health, and may trigger allergic reactions in sensitive individuals.