Geography of the hunger for knowledge 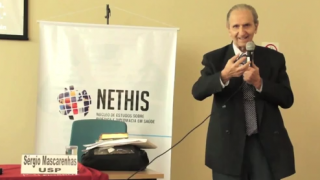 Article written by Sergio Mascarenhas, Member of the Brazilian Academy of Sciences and Honorary President of SBPC

The evaluation of professor Mascarenhas represents a stimulus for the debates promoted by the Nethis/Fiocruz, on the relationship between development and health inequalities among countries vis-à-vis the motivations and interests surrounding the policies and strategies of international cooperation in that field, stated the Coordinator of the Center, José Paranaguá de Santana. For him, the text of Mascarenhas helps to interpret the reading of interdisciplinary field and the debate on the strategies of international cooperation towards the promotion of health as a fundamental right of man.

The great Brazilian Josué de Castro historical work “The geography of hunger” has shown, at first hand, the existence of the causal cycle: hunger-underdevelopment. In this 21st century, we witness another cycle: hunger of knowledge — underdevelopment also with the geography, or rather, how would Castro later with geopolitics, more appropriate term for being globally applicable. Let’s make some comments and comparative parallels required involving essential parameters for such analysis. Biological hunger, essentially nutritional, according to Castro, is the basic cause of low productivity and other damages to the human being leading him/her necessarily to poverty and to the moral and civic dependence.

We can now conclude that hunger for knowledge is even more damaging, because it deprives human being of the two most basic possessions: self-awareness and free will. According to the vision of the great thinker Edward O. Wilson, in his book “The Meaning of Existence”, these are the main characteristics that, through evolution, have led to the present Homo sapiens, condemning the human being to the hunger for knowledge, provoking, therefore, true evolutionary regression. Another great thinker and scientist winner of a Nobel Abdus Salam , with whom I had the honour to collaborate in the International Center for Theoretical Physics, in Trieste, anticipated: “Underdeveloped countries without knowledge are doomed to be mere producers of commodities and cheap labor for rich countries”.

It is important to comment that the function of State policy (not just of transitional governments) becomes even more necessary and crucial in view of the complexity and urgency of the situation. When I mention State, I am referring to the joint and virtue action not only of the three Constitutional Powers, but also of companies and public and private social institutions such as education, health, economics and communication. I want to emphasize the importance of two factors for the development of research, development, innovation and culture in general: philanthropy and the so-called endowment of central countries is practically nonexistent in Brazil. It is necessary to point out here
also, though sad, however, appropriate: we need more philanthropy and less “pilantropy” (“crookness”).

The tremendous volume of the growth rate of knowledge of all scientific, technological and cultural disciplines, more than doubling every decade, brings within them the great current dilemmas of humanity: malnutrition of knowledge facing the paradoxical overproduction of knowledge itself. Absolutely unique phenomenon in the history of civilizations and that is the great challenge of the 21st century. The challenge brings questions also unique: we will be facing something like a neomalthusian phenomenon, not of explosive growth of population, but of knowledge itself? And the huge distribution asymmetry that results in slum areas of knowledge? And the role of the State in contrast to such social deterioration will be as simple regulator or necessarily as new provider even more sophisticated than the simple educator? And the role of media as, at the same time, provider and consumer marketing inducing this superproduct called knowledge?

And what are the safe criteria for healthy and virtuous consumption? Will we fall on the false dilemma of the merchants of doubt, as occurred with the defense of smoking, the denial of the climate problem or subtle control of bigdata to individual espionage? And, remember, we will be entering the second evolutionary era, in which we will change our own genomes. A popperian break the paradigm of understanding the basis of evolution of biological systems. Where will be the authors of 2084 of our new century? Will they be intelligent robots or superbrains, man-machine-like more powerful than Deep Blue, great chess Grandmaster? Which new philosophical principles will we need for biology? Those who live will see.

Sérgio Mascarenhas participated in the Cycle of Debates on Bioethics and Diplomacy and Public Health, check out details here and here.
The recorded lecture is available in this link.