For the right not to be contaminated 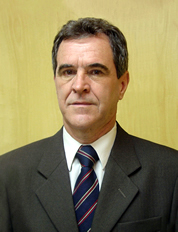 Health authorities around the world, including Brazil and the United States, are aware that there is a real epidemic of chronic non-communicable diseases that affects the population, provided by the consumption of products that diffuse the risk factors for chronic conditions, such as diabetes, cardiovascular diseases, cancer, among others. Facing this scenario, organized action in the State is necessary to contain the spread of these diseases, which pose the greatest preventable cause of death worldwide.

As for the epidemic, the Director-General of the World Health Organization (WHO) said in a meeting on promoting health in Helsinki, Finland, in 2013: “Efforts to prevent non-communicable diseases face commercial interests of powerful economic operators. All these industries fear regulation and protect themselves using the same tactics “. They use strongly “arguments that assign the responsibility for health damage to individuals and portray the actions of the Government as interference in personal liberties and freedom to choose.

This is a formidable position. The market power readily translates itself into political power.” By chance, or not, all the diseases cited have a point in common, the risk of being contracted, mostly, by the consumption of tobacco products. Thus, it becomes imperative the State action, responsible for acting in hotspots of this pathogenic chain that connects the industries, on the one hand, and the worker and the consumer, of another, ranging from the production to exhibition in points of sale, transformed into subliminal messages of advertising of these products.

Tobacco is demonstrably a harmful product, with devastating effects on human health. To deny this is to cover the sun with a sieve. Likewise, it is confusing the role of the State in the protection of human health with daring the Constitution, a clear strategy of mixing freedom of expression and social conviviality with marketing trickery.

Contestation regarding updates in recent anti-smoking law and the concept of collective closed environment has produced truly bizarre arguments, close to insanity or subservience to the dictates of the powerful smoking industry. To compare the harm of smoking with the risk of driving by car is almost ridicule. In the same way that the allusion to possible business losses from bars and restaurants to the approval of the law is not knowing what occurs in every city of the world that has deployed such a measure, following the example of the largest Brazilian city: São Paulo.

In the last 20 years, in line with technological advancement and knowledge about harmful effects of smoking, the interest and concern of the effects of environmental tobacco smoke in places where there is no transposition of air increased, which makes it inevitable involuntary smoking. The law 9.294/96 matured and sought broader definitions in order to reduce the effect of pollution on people’s health.

Most smokers cannot quit smoking for free choice, since nicotine, one of the components of the cigarette, cause strong dependence, fact that advertising always omitted. On the contrary, the industry for decades managed to build a misleading image of its product, the effect of which still lingers, regardless of public policy commitment to deconstruct this image.

What the law says is the right not to be contaminated by smoke fullwith carcinogenic particles dumped by those who are under the submission of that product. It is the right to live socially in an environment with fresh air and sound, whether in the workplace, leisure evening or social get-together.

Therefore, the measures adopted do not extrapolate the power-duty of the State to promote rules for the elevation of the quality of life of the Brazilian population, about everything, in reducing the costs of chronic smoking related diseases that, although they can be avoided, they currently clutter the entire health care system of the country and are directly responsible for more than 200 thousand deaths every year in Brazil.