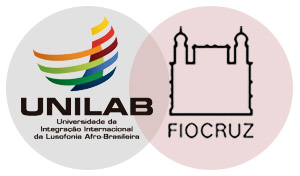 Fiocruz and the University of International Integration of Afro-Brazilian Lusophony (Unilab) signed an academic and technical-scientific cooperation agreement at the beginning of this year. The partnership foresees the development of activities, actions, programs and projects, in the fields of research, teaching and extension.

Fernando Carneiro, from Fiocruz Ceará, pointed out the importance of the agreement to Fiocruz, “according to the recognition and capillarity of Unilab in several countries in Africa, constituting a helping hand for Fiocruz activities to be expanded in that continent”. He also informed that Dr. Carlile Lavor will be responsible for the implementation of the agreement.

Tomaz Aroldo da Mota Santos, Dean of Unilab, stressed the importance of cooperation between public administrations with close goals and missions, especially related to solidarity initiatives with African countries of Portuguese language. “South-South cooperation is central to Unilab, an important convergence with Fiocruz”, he said.

An important step in the cooperation between the institutions is in progress with the implementation of medical school at Universities in Ceará and Bahia, scheduled for the beginning of 2017. The goal is to promote vocational training directed to the characteristics of the health systems of Brazil and Portuguese speaking African countries.

Carlile Lavor points out that Fiocruz works with the ministries of health in all of these countries, while Unilab develops actions with public universities of African countries, so that “the integration of the actions of the two institutions on the African continent will improve its effectiveness in the training of human resources for the health sector.”

José Paranaguá Santana, Coordinator of the Center for Bioethics and Diplomacy Studies in Health (Nethis/Fiocruz Brasília), one of the organisers of the agreement, proposed the organization of a meeting between the two institutions  in mid-2016, with all African universities associated with Unilab, to discuss the central themes and point out the priorities for this consortium of international institutional cooperation.

The agreement is the result of negotiations between Fiocruz and Unilab since 2014, when the Nethis/Fiocruz promoted the first visit of a group of researchers from Fiocruz at the campus of Unilab in Redenção, Ceará. At the time, José Paranaguá and Carlile Lavor, then coordinator of the implementation of the new unit of Fiocruz in Ceará, presented some proposals for activities to be done together, such as the insertion of Unilab in the interinstitutional master’s in family health coordinated by Fiocruz, sharing the BVS Bioethics and Health Diplomacy and the extension of offer to the African Portuguese speaking countries a course at distance given by Nethis/Fiocruz. (Read more)

In May 2015, Carlile Lavor, then Health Secretary of the State of Ceará, and Fernando Carneiro, Director of Fiocruz Ceará, unleashed dealings with the Unilab which resulted in the signing of the cooperation agreement. (Read more).

Created on the basis of the principles of partnership and cooperation, Unilab was established as a Federal Public University in July 2010. Its headquarters is in Redenção, Ceará, with other units in Acarape, Ceará, and São Francisco do Conde, in Bahia. Unilab aims to provide higher education, to carry out research in different areas of knowledge and to promote the University extension, with a specific institutional mission to train human resources to contribute to the integration between Brazil and other members countries of the Community of Portuguese language countries (CPLP), especially the African countries, as well as promote regional development and cultural, scientific and educational exchange.

The partnership with Fiocruz will benefit the entire network of public institutions of higher education (Ripes), adopted by CPLP in 2012. Ripes is a project of Unilab with support of the Brazilian Cooperation Agency of the Ministry of External Relations (ABC/MRE) in order to create and strengthen communication between public institutions of higher education of CPLP and to build an international network with promotion of actions and interventions of technical, administrative and academic support.

By Cecília Lopes and Nathállia Gameiro.