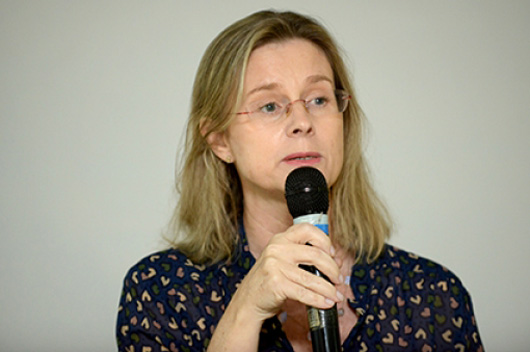 On World Health Day (April 7th), the World Health Organization (WHO) released updated report on diabetes that, annually, is responsible for the total of 14.5% of deaths around the world. The Oswaldo Cruz Foundation has also contributed to combating the disease. Currently, the institution is conducting the largest multicenter cohort study in Brazil, the Elsa-Brazil, which includes data on the disease. Researcher at the Oswaldo Cruz Institute (IOC/Fiocruz) and coordinator of Elsa-Brazil, Rosane Härter Griep talked to Informe Ensp about the concern of the study with diabetes, presented some data about the research at Fiocruz and stressed the importance of adopting healthy habits in the fight against the disease.

Informe Ensp: In what way does project Elsa touch the diabetes issue?

Rosane Griep: Diabetes is a chronic non-transferable disease whose prevalence has increased significantly in recent decades. According to WHO estimates, the prevalence in the world increased from 108 million in 1980 to 422 million in 2014. The disease develops when the pancreas does not produce insulin (the hormone that regulates blood glucose level) or the body cannot use the insulin that is produced.

Type 2 diabetes is the most common type of diabetes. Its etiology is complex, involving the interrelation of many factors that result in the central deposition of fat, in addition to organs such as liver, heart and pancreas. Among these factors, inappropriate eating habits, increasing obesity and sedentary lifestyle. In addition to these, social and psychosocial determinants, related to how people live and work, have great importance.

The Longitudinal Study of Adult Health (Elsa-Brazil) has as one of its central objectives to investigate in depth these interrelations of factors that could explain the occurrence of diabetes in the Brazilian context. The study was carefully designed allowing, for example, to study the socioeconomic status, chronic stress, life habits and schedules of work, which, as a whole, can provide people genetically susceptible to developing diabetes.

Informe Ensp: What are the main results of the monitoring of the study in relation to diabetes?

Rosane Griep: Several scientific productions about the prevalence and factors associated with diabetes were produced using the data from the first visit of the participants to Elsa-Brazil. For example, one study showed that about 20% were classified with diabetes, but half of them were unaware of the diagnosis of the disease before the visit to the research centers. The prevalence of the disease was higher among men and among participants of lower education, increasing significantly with aging and the increase of the IMC.

In addition, other recent articles have shown that the highest intake of dairy products should improve glycemic levels, decreasing the chances of diabetes. These results have important implications for public health, given the decline of dairy consumption and increased prevalence of diabetes in Brazil. In addition, the coffee consumption appears to have a protective effect in relation to the risk of developing diabetes. In non-obese individuals, it was observed association between higher consumption of artificially sweetened drinks and higher prevalence of diabetes. Factors such as the early age of menarche (< 11 years old) were also associated with increased risk of the disease in the population of Elsa-Brazil. With regard to work-related factors, the association between exposure to night work and diabetes was observed. Especially among women, the dose-response relationship between the time of exposure to night work and the chances of having diabetes was observed. Informe Ensp: The report released by WHO says that of every 11 adults in the world, 1 is a diabetic. What should be the main actions to reverse this picture?

Rosane Griep: The challenge is great, but it needs to be faced. Firstly, the broad dissemination, so that the knowledge about the disease, its complications and the main forms of prevention are disseminated. The prevention of occurrence of diabetes should take effect by means of public policies that promote healthy habits from childhood, such as eating habits, increased physical activity and the prevention of obesity within the family and in schools. It is necessary to promote healthy environments with greater supply of healthy foods and opportunities for physical activity practice at home and in the workplace. The drug treatment, when applied in more advanced stages of the disease, by itself, is no longer enough, requiring also drugs that can increase obesity.