The initiatives for combating tobacco, alcohol and sodium presence in food were discussed at the round table entitled “Chronic Diseases and State Regulation of Products for Human Use in the Context of International Inequalities in Health”, on the afternoon of July 30th, in Abrascão 2015, in Goiânia. The table was a proposal by the Center for Bioethics and Diplomacy Studies in Health (Nethis/Fiocruz) and coordinated by the researcher at the Federal University of Minas Gerais, Sandhi Barreto. 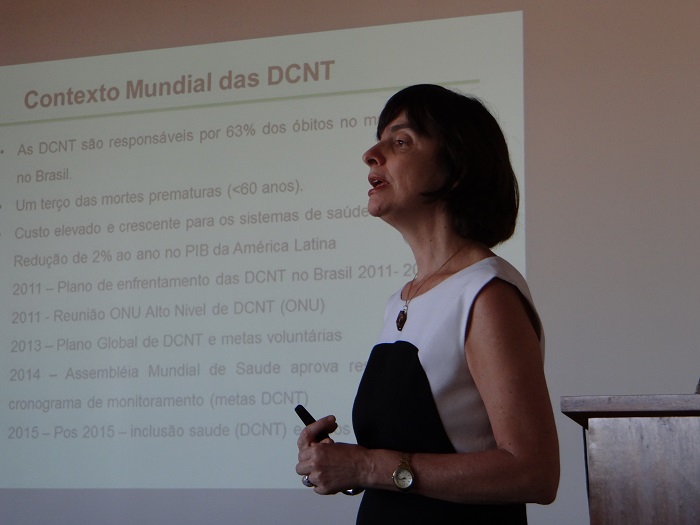 The lecturers who participated were the General Coordinator of Surveillance of Diseases and Noncommunicable Diseases of the Ministry of Health, Deborah Malta, the Advisor of Fiocruz Brasilia, José Agenor Álvares, and Nethis Coordinator, José Paranaguá de Santana. 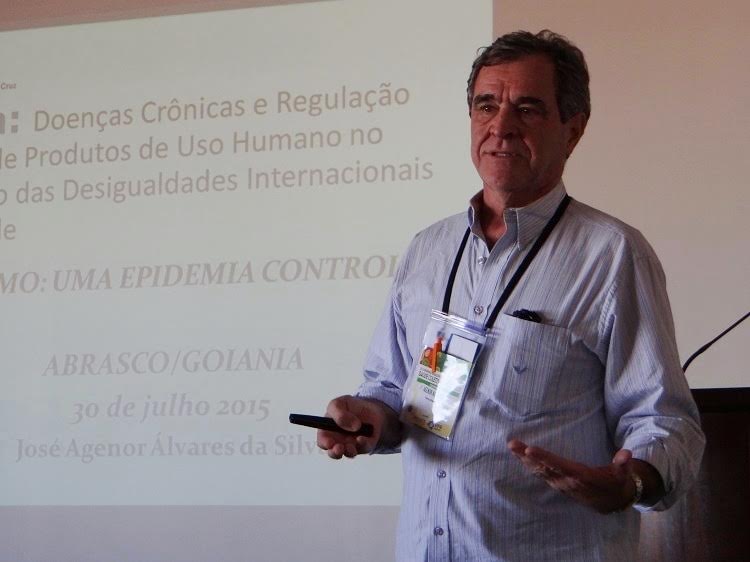 Deborah Malta presented an overview of Brazil’s actions on tobacco regulation, recent advances in combating the sale of alcohol to children under 18 years and the consumption of alcohol by drivers, in addition to presenting the goal to reduce sodium in a number of foods available on supermarket shelves.

José Agenor Álvares drew attention to the lobby of food industries, tobacco and alcohol, the work of the National Agency of Sanitary Surveillance (Anvisa) to remove the additives from cigarettes and the history of regulation in Brazil and in other countries. Green leaf disease, that affects families of tobacco producers, was also commented by the Advisor of Fiocruz. 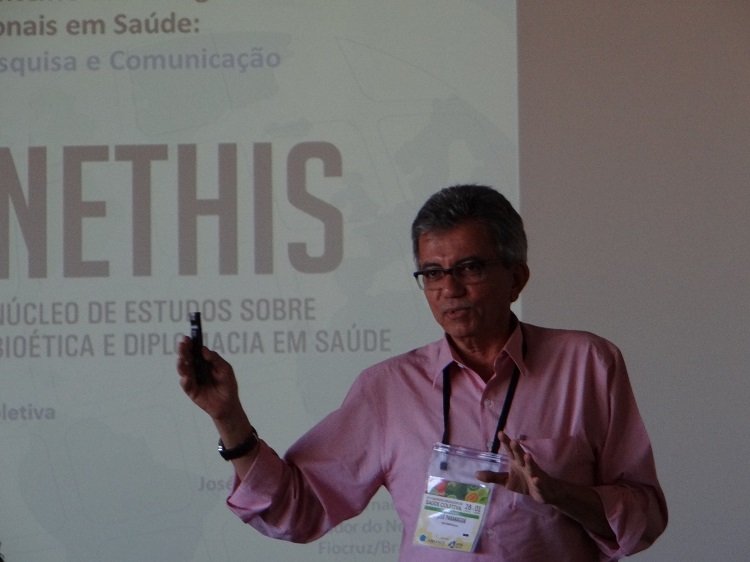 The Research and Communication Program, developed by Nethis, was presented by Paranaguá, who defended the action of the State in regulating industrial production to contain the epidemic of chronic diseases in the world. “Health authorities around the world are aware that it is imperative to change the hotspots of this pathogenic chain that connects the industries, on the one hand, and the worker and the consumer, of another, ranging from the production of certain commodities to the content of advertising messages in these products”, he said. And stressed that policy development should be considered in the international arena, since these are, in general, of large multinational companies.