Book release brings together authors in seminar at Fiocruz Brasilia

On September 10th and 11th, the authors of the second publication of studies and analysis of the International Observatory of Human Capabilities, Development and Public Policies were at Fiocruz Brasilia for the release of the publication. Available below:

The work brings together 12 articles with a critical approach of international health regulation as a strategy to contain the new epidemic of chronic diseases that affects the world’s population. 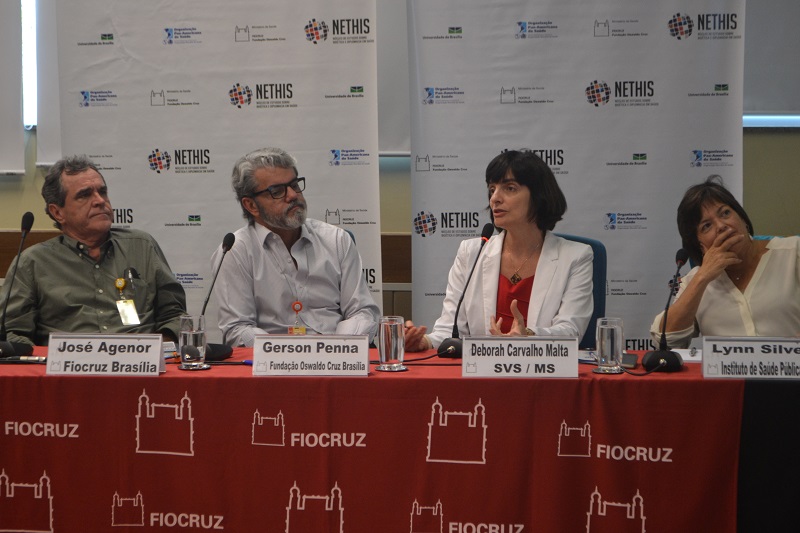 José Agenor Álvares, former Minister of Health, author of the article “Smoking: prevalence and regulation”, warns about the Green Tobacco Sickness, also known as GTS, diagnosed in children and adults from families who grow tobacco. The disease occurs because of the constant contact of the skin with the tobacco leaf during harvest and transport of the product. A survey of this group found the presence of nicotine in the urine of nonsmokers in proportion compared to smokers. It is still unknown the consequences of GTS, but the main symptoms are headaches, dizziness, nausea and cramping. 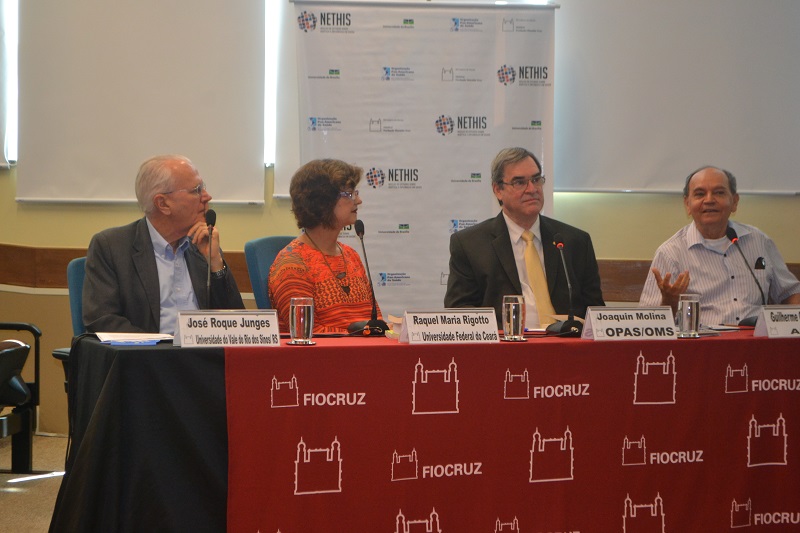 The article by Deborah Malta, Director of Surveillance of Noncommunicable Diseases and Injuries of the Secretariat of Health Surveillance, Ministry of Health, brings search data that points 2.5 million deaths per year by causes associated with the consumption of alcohol. In addition, half the teenagers from 13 to 15 years ingested at least a dose of alcohol, 1/4 presented episodes of drunkenness and 9% reported having had problems with alcohol.

The study on pesticides shows that the population is unprotected from the scientific controversies scenario guided by conflict of economic interests that impact directly on public policies. Other data shows that glyphosate is the pesticide most consumed in the country, responsible for 40% of sales, even recognized as a likely carcinogen. In addition, from the 50 most active ingredients used in Brazilian plantations, 22 are banned in the European Union due to the evidence of harm to the environment and to human health.

ORGANIZATION – With the support of the Pan American Health Organization (Paho/WHO), the book was organized by the Center for Bioethics and Diplomacy Studies in Health (Nethis/Fiocruz Brasília) and the Observatory of Human Resources in Health (ObservaRH/UnB).